Portable gas grills are the rave of the moment. But the Char-Broil Performance 300 2-Burner Grill is the model that’s on many grillers’ lips.

Char-Broil claims this grill is feature-packed made to last, and easy to use. But are these descriptions accurate, or should you take them with a pinch of salt?

In this Char-Broil Performance 300 2-Burner cabinet gas grill review, we’ll cover everything there is to know about this unit. From key features, tech specs, and test results, you’ll get a detailed rundown.

What is the Char-Broil Performance 300 Gas Grill?

“Performance” is one of the series of Char-boil, but What does “300” mean? Having 300 square inches of primary cooking space, which is why it’s called “Performance 300”. The Char-Broil Performance 300 grill is a compact unit that allows 2-zone cooking and grilling. It is lightweight, movable, and one of the smallest in Char-Broil’s Performance series. It comes with shelves for resting meals.

The Performance 300 2-burner grill works on liquid propane and has a cabinet for its tank. Like other grills in its series, it comes with a reliable ignition system, decent-sized cooking grates, and several advanced features.

According to Char-Broil, the Performance 300 2-Burner grill does cooking and grilling your favorite foods easier. It has a classic design, and in its box, there’s:

⇒ A firebox and lid

The Performance 300 2-burner grill has a set of cast-iron cooking grates. These grates are rust-resistant and coated with porcelain. They are reversible and produce nice grill marks on food.

Just below the cooking grates, this grill has two heat deflectors.

The gas grill has an electric ignition system. Therefore, it will light when you push and hold the electronic ignitor button while turning the burner knobs.

The Performance 300 2-Burner grill’s fire can cross over to the second burner. This means you only have to turn the knob of the other burner after lighting the first.

Alternatively, you could light this Char-Broil grill with a matchstick.

Another key feature of the Char-Broil Performance 300 2-burner grill is that it comes with a large grease tray and catcher. The drip tray directs grease to the catcher, and you’ll find both parts beneath the firebox.

According to Char-Broil, the only way grease will drip from the grill is if you don’t install the tray or pan. You can slide them out from the grill, and they are both porcelain-coated.

The Char-Broil Performance 300 2-Burner gas grill has a sleek design and conventional look. Its side shelves and cabinet are made from steel. However, the grill’s heat tent (lid), cabinet handle, and control panel are all made from stainless steel.

The grill’s top holds the swing-away warming rack in place and has a heat shield. This way, you won’t get third-degree burns from touching the grill.

Although the Char-Broil Performance 300 2-Burner gas grill sits on four casters, it has two locking wheels.

Our Thoughts and Test results

We think this grill provides users with an exciting grilling experience from our Char-Broil Performance 300 2-Burner Cabinet Gas Grill review.

Although it’s an outdoor unit, the Performance 300 grill doesn’t take up much space. Our favorite features are its premium grates. However, we also found that you can add exciting flavors with wood chips when cooking or grilling on it.

On the flip side, we were hoping to have more than one color to choose from. We also would have liked the unit more if it had stainless steel grates. However, the cast-iron ones that come in the box work just fine.

The Performance 300 2-Burner’s cabinet is one feature you won’t find in many grills. It’s spacious enough for a propane tank and several cooking tools. But the best thing is that it will help to keep your tank safe from the snow or wind.

Overall, the Performance 300 grill is a low-maintenance and high-performing gas grill. Here’s a look at how it faired when we tested it:

➡ Evenness performance: This factor looks at how even the grill’s surface cooks with high and low-temperature settings.

The Performance 2-Burner gas grill scores averagely in terms of evenness. Therefore, you shouldn’t expect to get unevenly cooked meat if you set the correct temperature.

The Performance 2-Burner gas grill has an average score. So, you can use it to indirectly cook or grill, but it won’t char your food.

➡ Temperature range: This metric looks at the peak temperature the grill can get to.

The Performance 300 2-Burner gas grill doesn’t have temperature readings on its knobs. However, Char-Broil claims this grill can get to 650 degrees F. Our test results found this to be fairly accurate.

➡ Convenience: This looks at the grate’s materials, electric ignitor, and casters. Our Char-Broil Performance 300 2-Burner Cabinet Gas Grill review shows that this grill is convenient to use.

➡ Has an in-built thermometer on heat tent

➡ Comes in one color

Who is the Char-Broil Performance 300 for?

From our review of the Char-Broil Performance 300 gas grill, you can tell that this model is for a family of four or less and couples. Why? Its primary cooking area and warming rack can’t take more than eight to ten burgers at a time.

This grill is also great for veteran grillers that don’t want to spend a fortune on a grill. If you have a small yard, balcony, or patio, then the Performance 300 could also prove useful to you.

As we stated earlier, you’ll need to assemble this grill when you get it out of its box. Each unit comes with a manual of 16 steps. These steps are easy to follow and explanatory. However, several users report that they needed a hand to put everything together.

Here’s a video on how to assemble the Char-Broil 2-Burner gas grill.

The Char-Broil Performance 300 is undoubtedly an easy grill to use. Although Char-Broil states that you can light it up with a matchstick, the entire unit starts up well without one. Its knobs regulate heat properly, and the steps to use other parts are pretty intuitive.

Since the grates are made from cast iron, we recommend seasoning them if you want the best tasting meals.

Maintaining any grill is a good way to make it last for many years. Thankfully, if you follow the right steps, cleaning the Char-Broil Performance 300 shouldn’t take much time.

Here are our recommendations:

(i) Cleaning plastic parts: This grill has several plastic cart parts. Wash these parts with warm soapy water and wipe them clean. Don’t use abrasive cleaners, degreasers, or highly-concentrated grill cleaners on them.

(ii) Cleaning porcelain-coated surfaces: These include the grease tray, grease pan, and other parts. A baking soda or water solution should do the trick. However, use non-abrasive scouring powders for tough stains on these surfaces.

(iii) Cleaning painted surfaces: These include the two side shelves and cabinet. Wash these surfaces with mild detergent and a non-abrasive cleaner. Then, wipe them clean with a soft non-abrasive cloth.

(iv) Cleaning stainless steel surfaces: These include the burner and heat tent. Wash stainless-steel surfaces with mild detergent and soapy water, then dry with clean cloth.

If these surfaces have baked-on deposits, then you can use an abrasive plastic pad to clean them. However, avoid areas where there are graphics.

(v) Cleaning cooking surfaces (warming rack and primary cooking area): You can use a bristle brush to remove food deposits from the cooking surfaces. However, ensure no bristle remains on these surfaces before you start cooking.

Char-Broil also recommends that you routinely check the propane tank’s connector, tubes, and regulators for leaks. The manufacturer also states that every cleaning and maintenance step be carried out when the grill is cool.

The parts that come in the box can only take you so far when grilling or cooking. If you want a complete grilling experience, then consider Char-Broil’s upgrades and accessories.

The most popular accessory users getting is Char-Broil’s grill cover. It helps to keep the unit safe from weather conditions. Also, the Performance 300 grill is compatible with Gear Trax accessories. These parts allow you to include tool hooks, magnets, and knobs on the grill.

Thanks to the openings on the Performance 300 2-Burner lid, you can also attach an electric rotisserie to the grill.

This grill has a limited warranty for its components. While a 5-year warranty backs the stainless-steel burner, a 2-year warranty covers the firebox and lid. All other parts have a 1-year warranty from the time you buy the grill.

Char-Broil makes one thing clear: Any modification to the grill renders the warranty for that part void.

1. Store the grill when its propane tank is disconnected and turned off: Doing otherwise can burn down the room.

2. Preheat the grill: Preheating helps in providing optimum cooking and grilling performance. Generally, 10 to 15 minutes should do the trick.

3. Grill at high-temperature settings during the first run: Doing this for 10 to 15 minutes helps to remove manufacturing oils on surfaces.

4. Don’t use lava racks or briquettes: They’ll cause and increase the likelihood of grease fires.

5. Use utensils to turn food: However, don’t pierce your food with a tong, fork, or spatula. This would release juices from your food.

How does it compare?

Let’s look at some of the Performance 300 2-Burner gas grill’s competition:

Virtually every other feature of the two grills is the same.

From our Char-Broil Performance 300 2-Burner cabinet gas grill review, you can tell that this grill is one of the best portable units.

We are convinced a few things like its lack of color options and BTU ratings could improve. Nevertheless, there’s no taking away the fact that the Char-Broil Performance 300 grill is great for cooking and grilling. 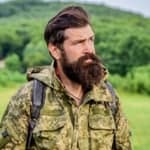 I am a founder of BBQchickenUSA.com and also the owner of two barbecue restaurants. I'm passionate about reviewing, providing useful tips about BBQ Smokers, and known as BBQ Pitmaster. Read More