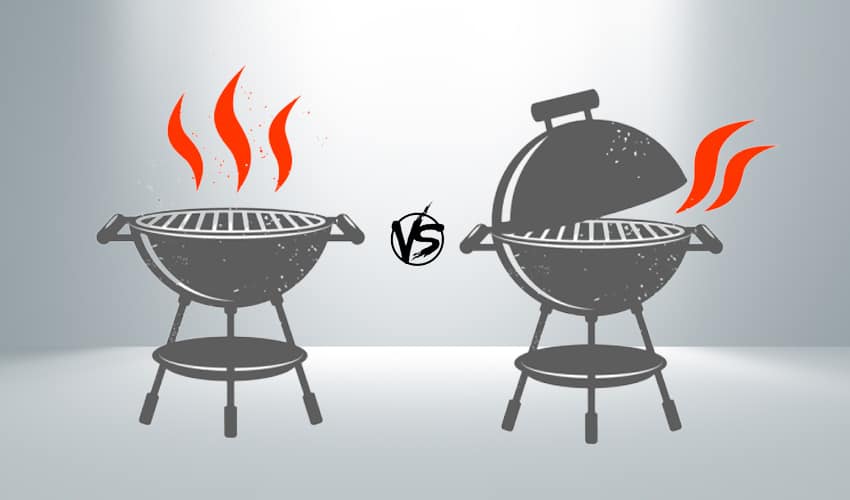 When summer sets in, everyone gets out of their kitchen to do some barbecuing. Or is it grilling? Is there any difference (Bbq vs Grill)? Although people use the two words interchangeably, there is a difference between barbecue and grill.

“Most people don’t know the difference between barbecuing and grilling.”

If you cook without knowing the difference, you might end up using the wrong tools and getting unpleasant results. In this article, grill vs bbq, you will learn the difference between bbq and grilling.

At a Glance of Barbecue vs Grill

Barbecuing is cooking and smoking meat or other food types slowly over indirect heat, inside a barbecuing pit. According to Margot Greenwald, the BBQ term originated from the word ‘barbako’, a language of the native Haitian Arawakan. It means a framework of many sticks, where meat got placed and cooked in the olden times. It can be indoors or outdoor.

“When you cook with a slow unit of hot air, you are barbecuing. Barbecuing involves cooking food using low temperatures. It is mainly used when cooking pork shoulders, ribs, or beef briskets.”

These meats are tougher and require slow heat to get them tender and tasty. Barbecuing is achieved by using indirect heat, where the heat is connected to the chamber that holds the meat, but the meat has indirect contact with the flames. Most of the time, wood and charcoal are used as a source of heat.

Grilling is cooking food by the use of heat applied on its surface. According to Solly’s Grille, grilling is a process similar to open fire cooking.

Grilling involves cooking food fast while using high temperatures. The meat is in direct contact with the flames. Some fruits and vegetables are cooked on a grill.

It is common to grill pork chops, hot dogs, steaks, hamburgers, and seafood. You might get some meats that are ideal for both barbecuing and grilling.

However, according to Hueston, not every machine is equipped for both barbecue and grill. He says-

“If you are more of a griller, you need something with a lot of space and various heat components you can control.”

Q1. How To Grill Vs The Bbq Bible?

A. Both are cooking books written by Steven Raichlen but comes with different content.

How to Grill book contains a step-by-step grilling experience guide. It comes with many pictures and exciting information on everything about grilling. You get enlightened on how to set up various types of grills and how to grill different kinds of meat in them.

The Bbq Bible comes with numerous bbq recipes. With over 500 recipes, it covers everything from bread to hamburgers. It also does not have many photos like the How to Grill book.

A. Do you love watching Inside the NBA? Then you might have come across Shaq saying his favorite phrase, “barbecue chicken alert.” He uses the expression while talking about centers that dominate down low.

Therefore, according to him, a barbecue chicken alert means that there’s meat down there or an easy meal. Also, it means something you can roast, cook, and eat. Using his deep voice, he makes it sound funny and memorable!

A. It is a meme that comes with a picture of a man using a grill and a caption, “I Just Wanna Grill for God’s Sake!” The image macro gets used to mock the baby boomers’ humor ironically. It was first posted in 2018 by an anonymous person, but the Drug Throne took the credit.

It is cooking equipment used for making barbecue and cooks at low controlled temperatures in a smoky environment. Smokers come in all sizes and designs and get powered by different fuel types. For example, charcoal, electricity, pellets, wood, natural gas, and propane. But despite the kind of fuel that power the smoker, it must maintain a 2250 F. to 1100 C. smoking temperature. For electric smokers, they come with a heated chamber where wood gets added to produce smoke.

As described above, though people confuse between grill vs bbq, they differ in many ways. The kind of food, heat, temperature, and time used makes a huge difference between grilling and bbq. But both types of cooking produce delicious meals, making them worth a try. grilling vs bbq, what‘s your choice? 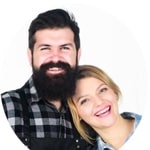 We have done a lot of research and would like to have it compiled as a resource for others to use. Happy HOT Smoking! Read More 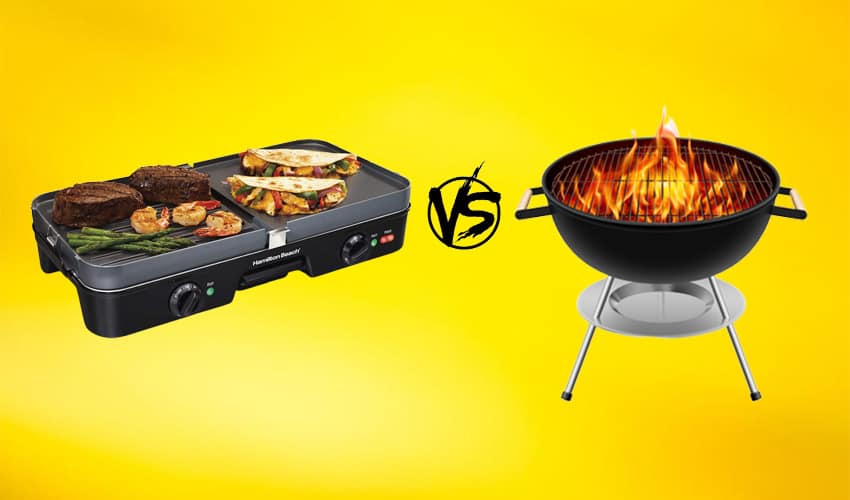 Griddle Vs Grill – Difference between a Griddle and Grill 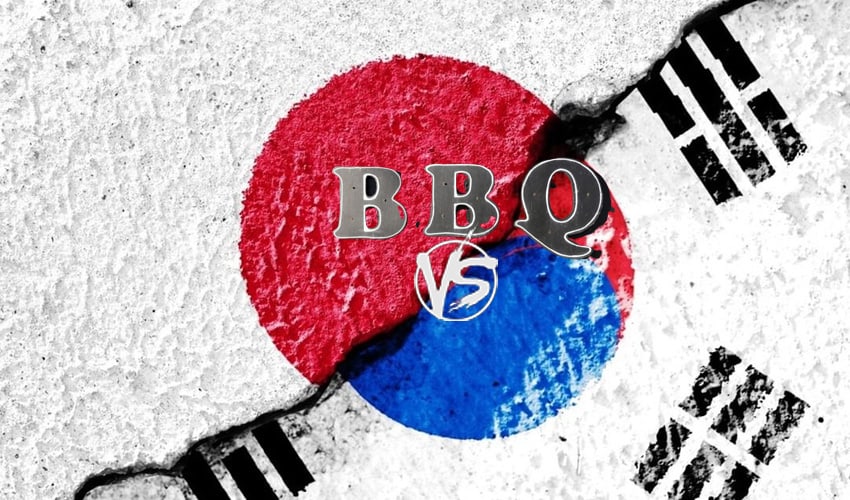